Mel Churcher has a range of books and articles all designed to help anyone interested in acting understand it further. She has developed her processes and an understanding of the actor’s needs through decades of working at the practical cliff-face of film (both on and off set) plus years of teaching in drama schools and her own acting and theatre directing. Her books are designed for anyone, at any level, who is passionate about acting – from students to actors and directors already working in the business. 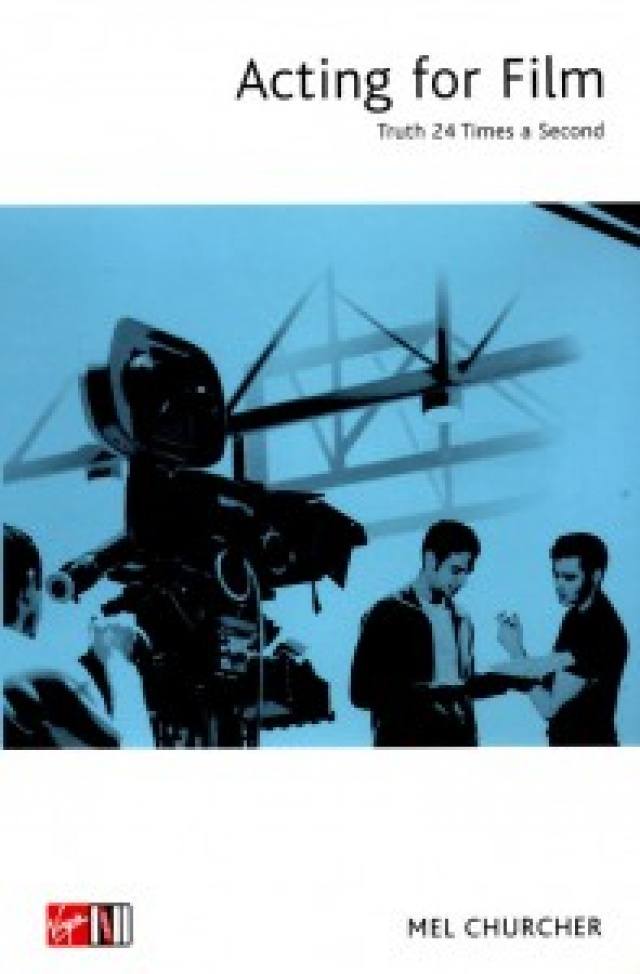 This is available both in printed form and as an ebook

This book is intended as a complete overview and includes detailed ideas, tips and techniques for preparation as well as practical help with the medium. As well as actors at all levels, it would be useful to directors and performers coming from other disciplines such as singers, dancers or models.

‘An extraordinary achievement. This is consummately the film actor’s bible.’ -- The Society of Teachers of Speech & Drama Journal

‘Mel Churcher has the distinct advantage of extensive personal experience and has produced a quarry of useful tips and resources.’ -- Direct: The Magazine of the Directors Guild of Great Britain

This book takes you through the whole process of preparation and filming in an extremely practical way and has the added advantage of providing clips from real workshops to show the work in action.

There is an informative foreword by Jeremy Irons

‘When the whole business seems to have gone loopy, dip into Mel Churcher’s book; somehow she always makes sense. ‘A Screen Acting Workshop’ is a great book to dip into.’ -- Bob Hoskins

‘One of those rare things, a book written for a specific purpose but which contains truth and facts which go far beyond what it says on the cover...The whole package is eminently approachable, direct, entertaining and perceptive; the DVD is smoothly edited, explicit and professional. The written text is substantial, with lots of extra information and exercises plainly laid out and easy to find... a joy' -- Communicating Voice, British Voice Association

‘This book is not just exclusively for those who would be screen actors, but for all those, both teachers and actors, who wish to find 'truth' within the role they have been given. The plus is the DVD, which is a joy to watch and a 'gift' for all those teachers of drama.’ -- Word Matters

Mel’s books give an insight into working in film and television. They are highly practical and cover every aspect of the work – from auditions to performance; from the organic to the technical; from dealing with emotion to dealing with props.

Preparation for Film and Television Work

Mel explains how to move easily between stage and screen: how to build on your own energy and individuality to forge specific roles; how to cope with the lack of rehearsal when filming; how to prepare while remaining free in the moment..

There are tips for keeping your confidence, coping with auditions, and making the complex seem simple...

Theatre is not ‘big’ or screen ‘small’ – both need to be as real and alive as life at its most intense and vital. But in theatre we reach to an audience; in screen work the camera sees you think. In theatre we perform to; on screen we need only believe in.

It is not how you say it but why. These books help you to find out the why.